WHEN THE ONLY LIMIT IS THE FINISH LINE

His career begins at 3 years old. In 2013 he was proclaimed Pre-Moto3 champion and a year later he moved to the Moto3 category of the FIM CEV REPSOL, finishing third in 2015.

In 2016 he made his debut in the World Championship in the Moto3 category, and achieved his first podium in Australia by finishing in third place and achieving his first pole position in the final race in Valencia.

In 2017 he achieved his first victory in the Spanish Grand Prix, he obtained two more victories in the season, in Holland and Great Britain, in addition to a second place in France and a third place in the Czech Republic. He achieved two pole positions in the season in the Americas and in Germany. He finished the season in third position with 199 points.

In 2018 he was on the podium four times in Qatar, Argentina, the Netherlands and the Czech Republic. He finished the season in sixth position with 128 points.

For 2019, the team created by the 250cc Max Biaggi tetracapet, using a KTM RC 250 GP, signed for the Sterilgarda Max Racing Team. He started the season by taking pole position and taking a podium at the Qatar Grand Prix. 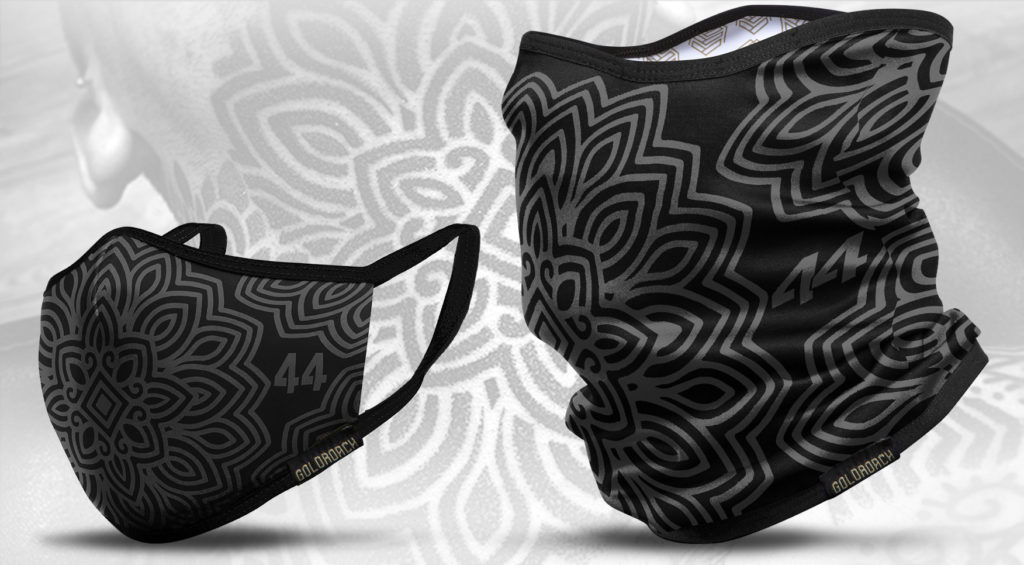 In joint collaboration, a mask and a hider have been created based on one of Arón Canet’s tattoos.
They are hygienic, reusable and washable in 5168-NEO fabric, with Blood Barrier treatment, C6 technology and with a permanent static microbial agent. It is waterproof and antibacterial and highly breathable. Maintains body temperature avoiding sweating.

Any cookies that may not be particularly necessary for the website to function and is used specifically to collect user personal data via analytics, ads, other embedded contents are termed as non-necessary cookies. It is mandatory to procure user consent prior to running these cookies on your website.